A short decade-and-a-half ago (short to ME anyway...), the exhibit marketing (or tradeshow marketing) world looked vastly different. While the internet was easily becoming the preferred method for researching companies and products, it was a relatively new concept. In order to seduce potential clients, product needed to be present, as it had been for many years. Good booth design still focused on including as much product as possible. All that you could cram in your tradeshow space.

The predominant belief at the time (and somewhat rightly so) was, 'If they can't see it...I can't sell it.'

This logic fed an era of garage-sale style booths. Slat walls; six-foot, skirted fold-out tables; racks and shelving all had a grand foothold in the exhibit marketing world of the early millennium. Product samples were piled, stacked and fanned-out in any fashion that was perceived to make a client able to see ALL PRODUCT, ALL THE TIME. Impactful tradeshow booth spaces and booth property structures were often big, heavy and expensive to accommodate the need for more, more, MORE.

While perfectly relevant for the time, the 'visual vomit' method of display has largely lost its place in the exhibit industry. There are a variety of reasons for this metamorphosis I, for one, (owed, in part, to my tendency toward some strange form of adult A.D.D.) am thoroughly grateful.

As evidenced by several published pieces, the actual visual exercise of having to look at such a volume of product started to become intolerable. With the advent of the searchable, sortable internet, we began to learn how to control large volume data. As a result, when attendees were faced with an un-filterable mass (like showing every product in a product line in one spot) it began to have a negative feel - the clear opposite of what an exhibitor intended. Tradeshow attendees were unable to focus their attention because there was too much stimuli, and they were beginning to lack the motivation.This 'new-fangled computer-era' culture was teaching us that the mental-sorting game was an unacceptable use of our precious time and that we had the right to refuse what we couldn't process in bite-sized chunks.

Additionally, the role of tradeshows in the business-cycle changed. In the pre-internet world, attendees used a show to research not only the products they were searching, but the company identity itself. In contemporary tradeshow environments, company research has generally already happened, as has a preliminary review of product offering. Since many products can be procured without ever leaving the keyboard, the allure of 'checking out' what's for sale has lessened considerably.

Shows are now more a series of short networking experiences in an environment of like-minded people (think speed-dating for business), than discovery expeditions. They are also, very importantly, about validation. Meeting a company's representatives either backs up what a skeptical attendee believed about the organization or debunks it. Due to the growth of the world marketplace (via the internet), the choice is literally in their hands. Invalid organizations simply cease to be a choice they will pursue.

This new role lends itself automatically to more refined booth purpose. Forward-thinking exhibitors recognize an important truth - to win the competition for attendee time, the booth environment, staff and messaging must have razor-sharp focus. Literally every element should have purpose. (And yes - an attractive, comfortable space does have purpose!)

The sometimes frustrating, but often exciting task is figuring out the 'but how?' 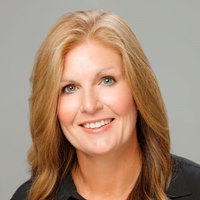